The Current State of NAFTA Negotiations

The Current State of NAFTA Negotiations 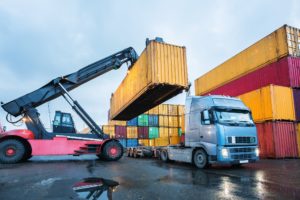 Read up on the latest news regarding the NAFTA negotiations below.

During the 2016 presidential campaign, Donald Trump campaigned partially on the idea that the North American Free Trade Agreement (NAFTA) was “the worst trade deal the US has ever signed.” Since his election, there has been a lot of speculation about the future of this trade deal and what it would mean for companies and workers across North America were the US to pull out of the deal. 2017 came and passed without much movement on NAFTA, but we did see a new round of negotiations commence at the end of January 2018. So, what is the current state of NAFTA negotiations?

The Latest Round of Talks

We saw one of the most important meetings in NAFTA history occur during the last week of January in Montreal. Each of the three countries involved in the trade deal has their own set of priorities and goals, and each has a vision for what they feel a revised trade deal should look like. Despite the rhetoric about free trade deals that permeated the 2016 presidential campaign, officials from the three nations are optimistic that a deal can be reached to satisfy all factions. In fact, the Canadian Foreign Minister, Chrystia Freeland, publicly stated that she believed that a “win-win-win” end scenario was possible.

The Key Issue: The Automotive Industry

The success or failure of current NAFTA negotiations will likely hinge on issues surrounding the automotive industry. Trump campaigned on bringing back jobs to the United States, and he likely feels that a retooled agreement is a great way to do so, particularly in the automotive sector. The evidence for this idea is found in a key US demand during the latest round of talks – namely, that a greater portion of car parts made in the US should fall under tariff-free rules, as well as cars built in North America being 50% comprised of US-made parts. Canada declined this proposal and offered up some suggestions of their own. They proposed changing the process by which officials determine the value of a vehicle, changes in autonomous vehicle development, and using steel made in North America in manufacturing plants. While this may have proven a potential breakthrough moment in the negotiations, US Trade Representative Robert Lighthizer declined these proposals.

Another key fear of the US trade reps is that auto manufacturers are currently moving jobs away from the US, thus violating one of the original goals of NAFTA – to bring jobs and other benefits to all three countries. Auto manufacturers contend that they only use production plants outside the US for the manufacture of small cars and that they are maintaining current job numbers in their US-based plants. Whether this is true or not, US officials clearly want to deliver on Trump’s promise to bring jobs back to the American manufacturing sector and feel this is a perfect opportunity for them to do so. However, it is too early in the process to tell whether they will ultimately be successful.

Negotiations will be continuing through this year, with the next round of talks scheduled for later this month in Mexico City. The focus this time around will probably center on telecoms and digital commerce, according to Mexican Economy Minister Ildefonso Guajardo. However, the window of opportunity for a quick turnaround time is starting to close. If talks stall past March, it is likely that a deal won’t be reached until the end of the year at the earliest. This is due to the fact that Mexico is holding a presidential election of its own this summer and their new president will want to put their own mark on the negotiations. So it is quite likely that NAFTA will be safe for the duration of the year and any changes to the agreement may not take hold until 2019. However, stay tuned for more updates on NAFTA negotiations and how they may impact the transportation industry.

For any and all of your freight shipping needs nationwide, look no further than AFP Global Logistics. We provide a full range of shipping and logistics services, and our 25 years in the business have given us the tools we need to create customized logistics solutions that are tailored to the needs of each client we serve. We have what it takes to provide the superior shipping and logistics solutions that your business needs to thrive. For more information or to start designing your own logistic solutions today, get in touch with AFP Global Logistics at 410.590.1234 (toll-free 800.274.1237), email us at info@afplus.com, or fill out our quick and easy contact form here!